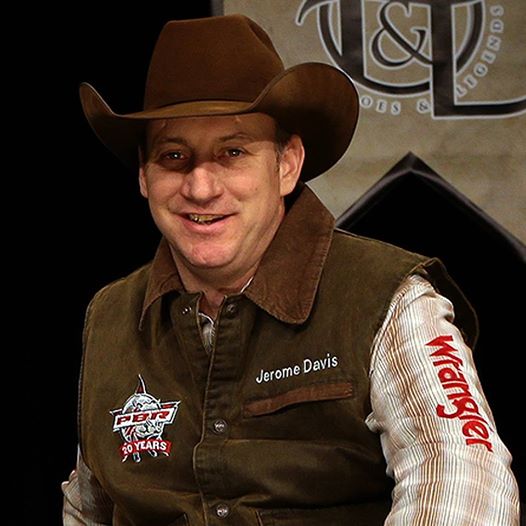 Tickets; $15 in Advance or $20 at the gate. ( THERE WILL BE TICKETS AT THE GATE ) Online here or at: Davis Feed in Randleman – Barn Loft Western Store in Thomasville – Tractor Supply in Asheboro – K & L Western Store in Asheboro.Online at: JEROMEDAVIS.COM

About Jerome Davis:  Jerome was born on August 10, 1972 in Colorado Springs, CO where his father was stationed in the military. Six months after his birth, he and his family moved back to Archdale, NC to the Davis Family Ranch where he grew up and still lives today.

Jerome’s shining moment was in 1995 when he became the 1995 PRCA World Bull Riding Champion. He continued to rip through PRCA and PBR. He was ranked in the top five each year in the PRCA since 1993 and was a National Finals qualifier since ’94 in the PBR (more Career Stats).

Tragedy struck on March 14, 1998, when Jerome was thrown from a bull breaking his neck. The injury left him with paralysis from the chest down. Although Jerome is paralyzed, nothing can keep him down. He is a true inspiration of how you should live your life and keep moving forward with a positive outlook. He inspired his wife Tiffany, as they were married October 17, 1998. He also inspired the PBR- as he was awarded the “Ring of Honor” during the 1998 PBR Finals.  For more info visit http://www.jeromedavis.com/meet_jerome.asp 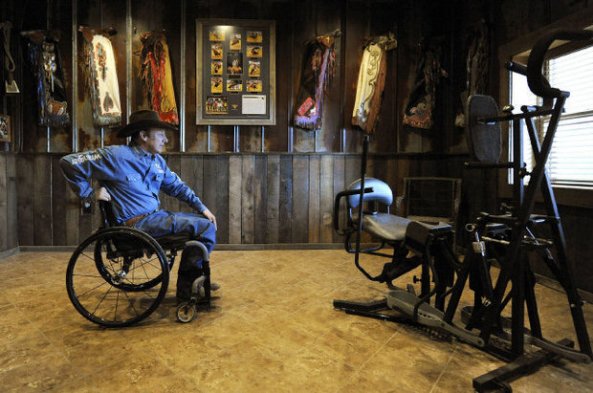 Jerome Davis continues to have a lasting impact on riders throughout the PBR. FULL STORY: http://at.PBR.com/CTrG.

In September, the Ranch will host another annual event, the He Paid Your Fees Christian Junior Rodeo. Any young person, age 19 and younger can enter and participate at no charge. Admission for onlookers is two cans of food. This has been one of the area’s largest food drives over the last several years. As many as 500 kids will enter. Davis hopes these kids become the stars and fans of the future. ~Scott Ray