This year we are bringing the party to Smokin Harley-Davidson for a weekend FULL of FUN!!

This year for Camel City Bikefest we are mixing it up and doing a little something different. We need your nominations on who you think is THE ultimate biker couple in the Triad!
This can be a couple that rides together or individually, a dynamic duo that works hard for the biker community, a badass power couple with big hearts that supports causes, a pair that lives the bike life to its fullest and are “COUPLE GOALS”. To nominate your favorite biker couple, you must DM me with their names, a picture of them, and a brief explanation of why you think they deserve to win.
Nominations will be accepted through FRIDAY SEPT.10TH AT NOON. Then we will start the voting process for the nominees!

If you are interested in becoming a vendor for Camel City Bikefest, please message Vandee Shoaf Pinnix for info @ https://www.facebook.com/vandee.gilbert 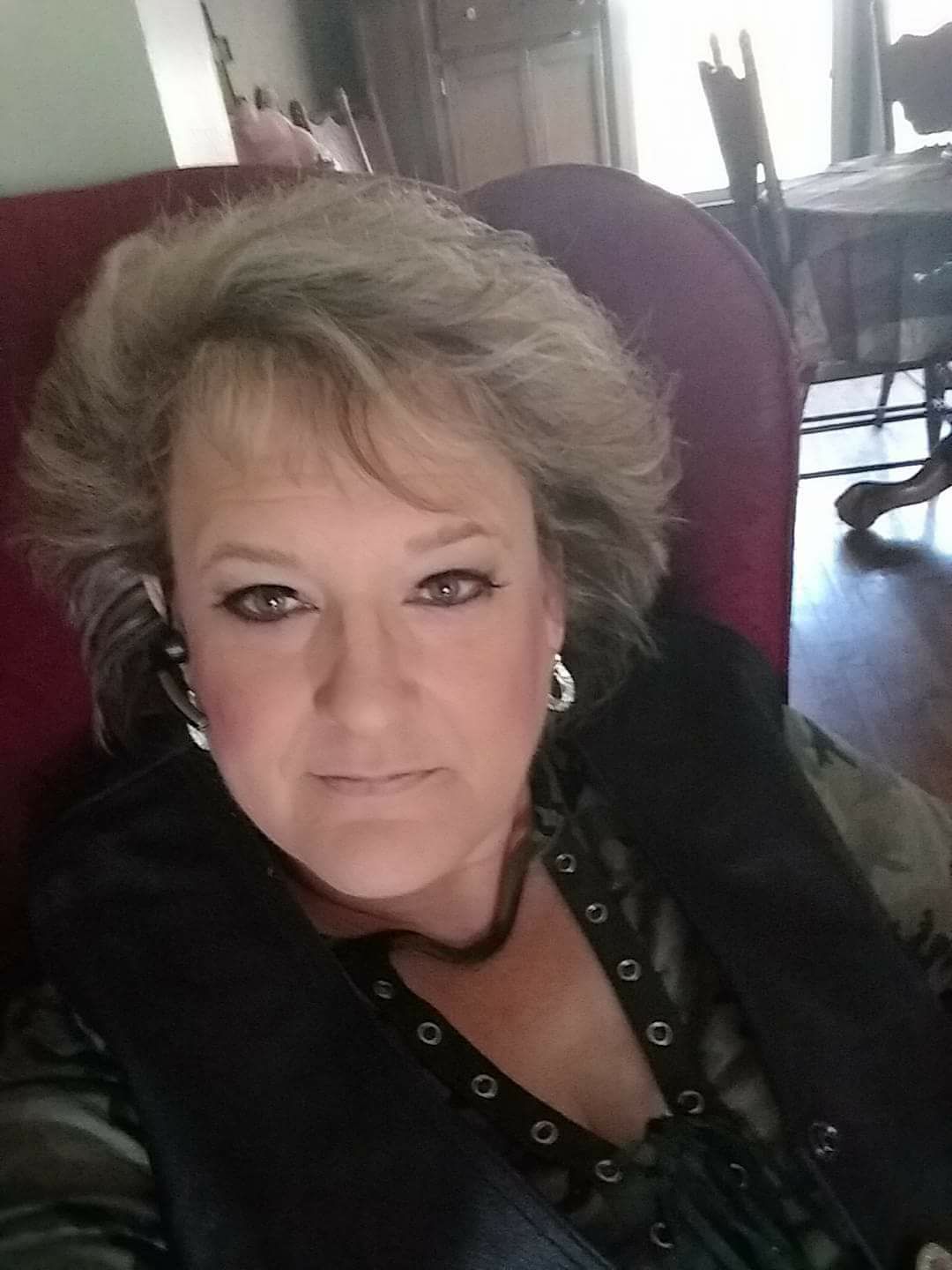 Come on out and support one of our own Jeanette Ballard Gross after her surgery from uterine cancer.. the surgery was a success but had put mama J out of work for a while.. she has always supported everyone else now it’s our turn to return the love and support her!!! 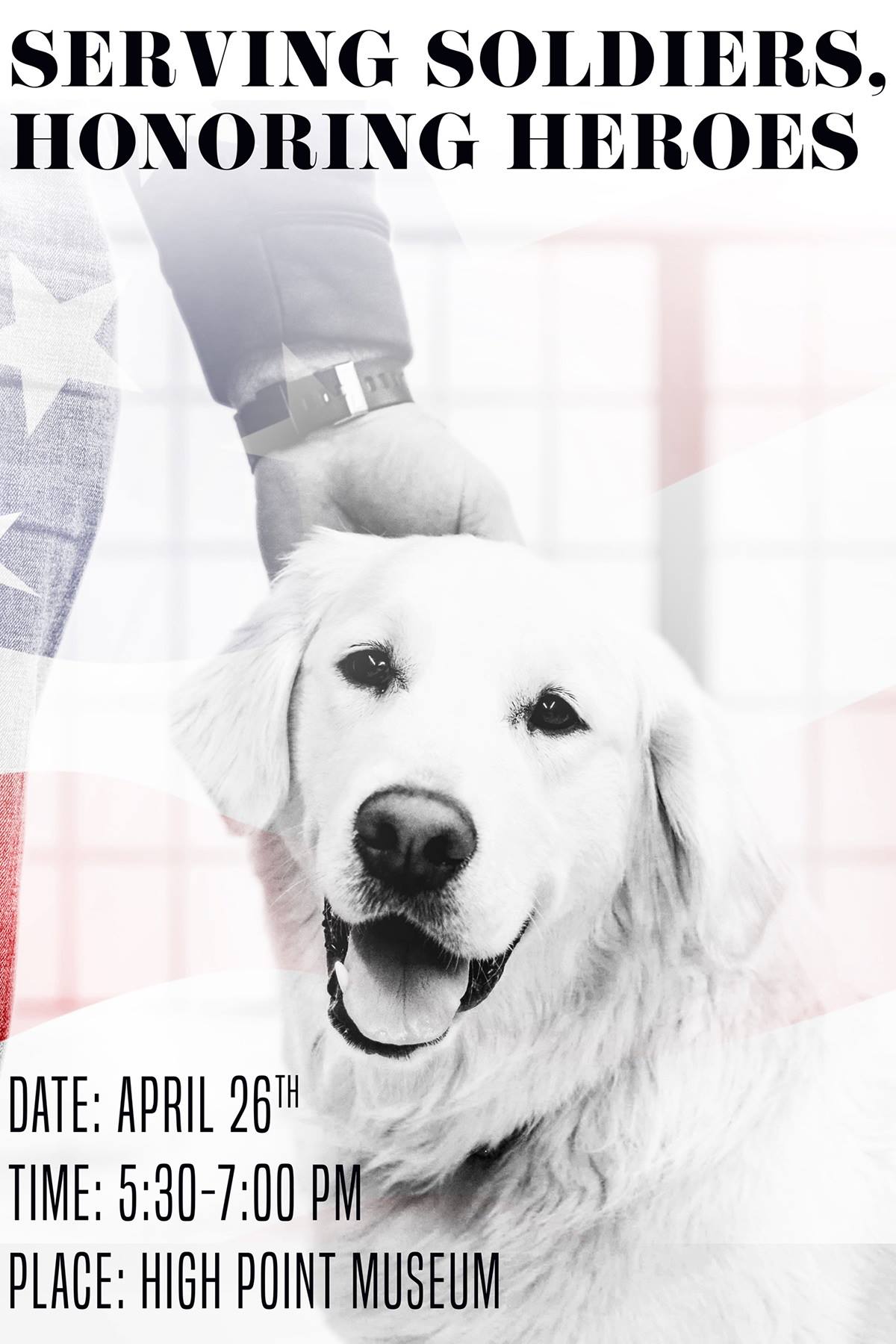 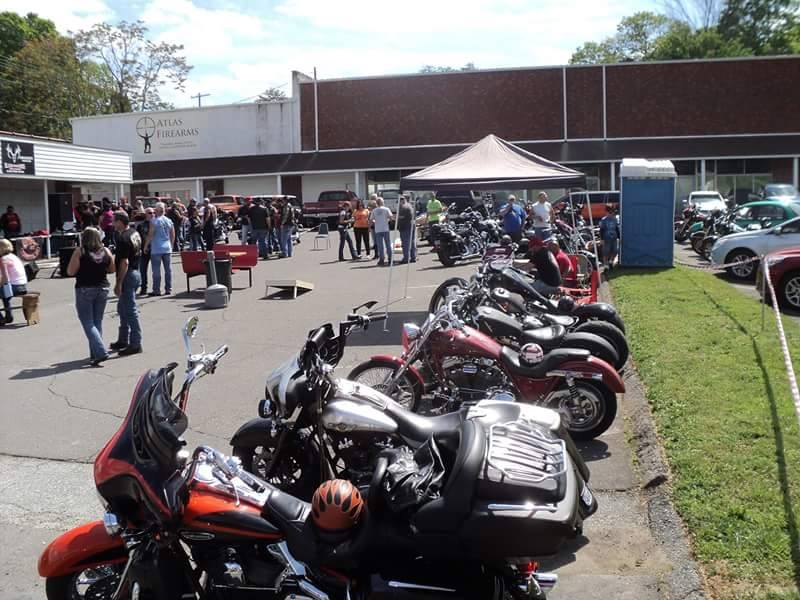 It’s our pleasure to invite you to our 7th-year-anniversary party. It begins at noon and goes all day. Music by Desired Redemption, Trailer Park Orchestra, and Skulls & Whiskey.

There will be food, vendors, games, Ms. Baggerz contest, DJ, and giveaways. We are excited to share the day with you. 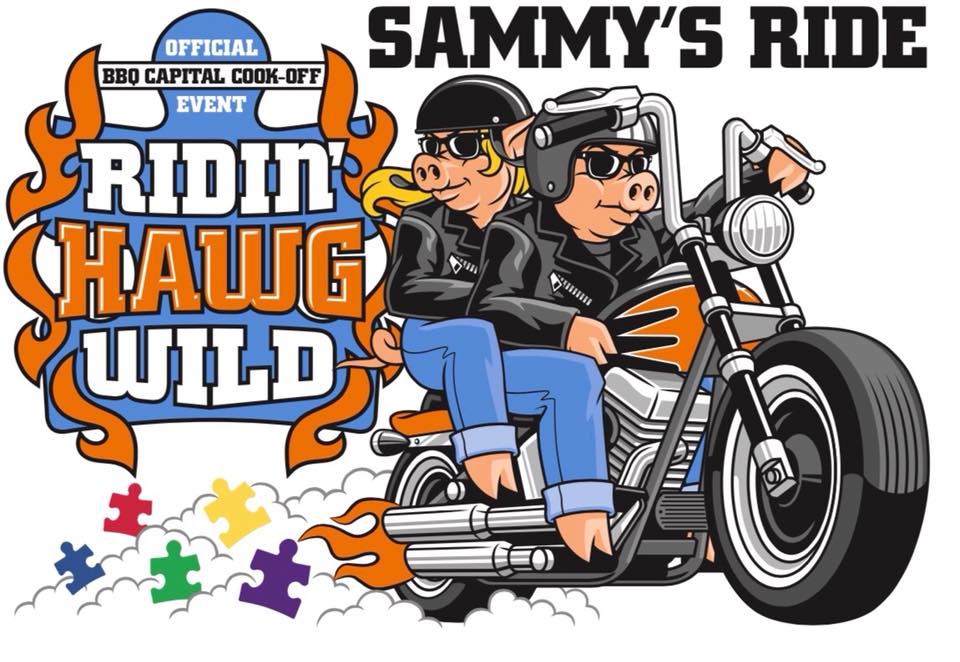 Join us for our 10th Annual Ride on April 28th, 2018! Our Poker Run is a fun-filled day with so many wonderful people joining us year after year. You’re sure to meet some new friends all while raising money for a good cause. Please check out our website for even more Ride details and photos from previous years. Never participated in a poker run and want to know how it works? PM us. 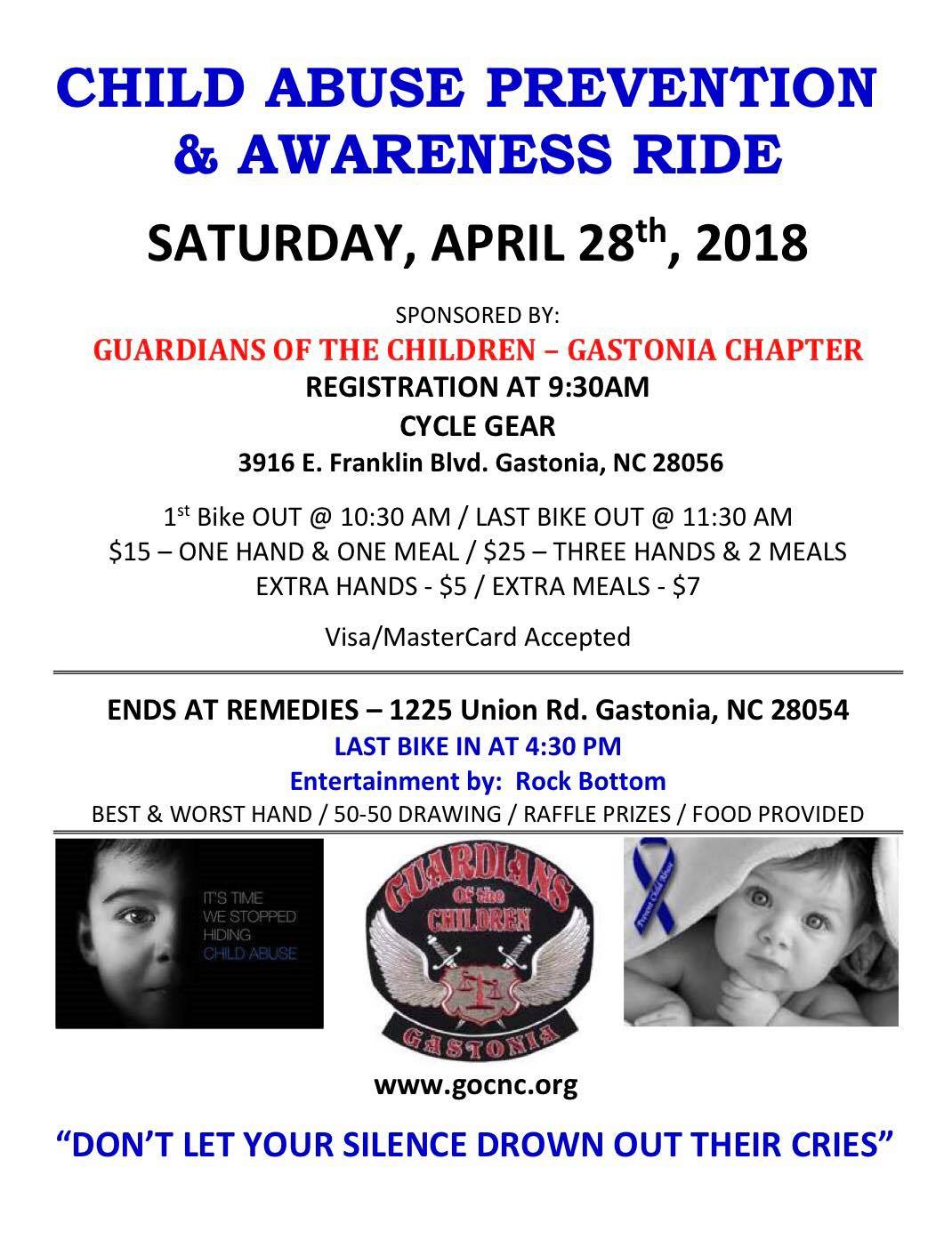 Check back later this week for more updates on events! 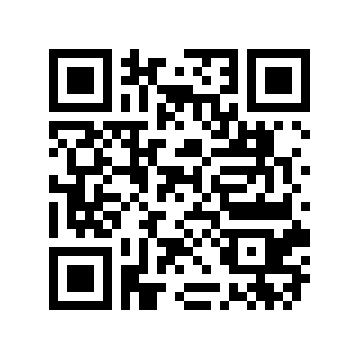 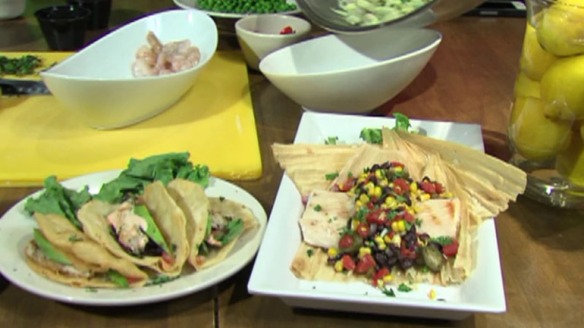 WINSTON-SALEM, N.C. — A restaurant in Winston-Salem has been named the best seafood spot in North Carolina and another in Greensboro ranked high on the list.

Scoutology.com recently released a list of the “Top 16 North Carolina Seafood Spots,” listing the best places in the state for fish.

The website said the following about King’s Crab Shack and Oyster Bar:

1618 Seafood Grille is a modern seafood restaurant with a fantastic beer and cocktail list.

Others that made the list included Oceanic at Wrightsville Beach, Tony’s Oyster Bar in Cary and the George on the Riverwalk in Wilmington. 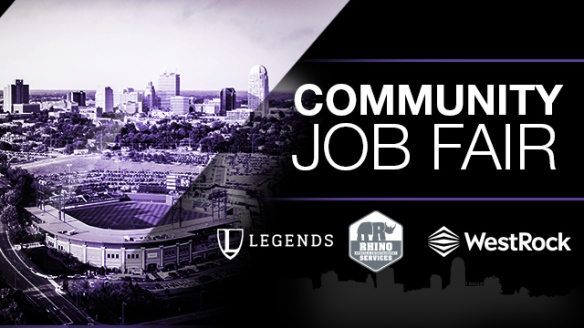 Four local companies will interview for more than 200 combined positions at the Community Job Fair, presented by WestRock, which is set for Saturday, March 5. The Job Fair will take place at BB&T Ballpark, the home of the Winston-Salem Dash, from 10 a.m. to 2 p.m.

An application is available here, and all interested individuals are encouraged to bring a completed version with them to the event. Everyone who attends the Community Job Fair will have a chance to interview. Positions may be subject to a drug test.

WestRock will also accept applications and conduct various interviews for at least 15 local positions. WestRock is a leading global packaging company focused on customers, innovation and operation excellence. WestRock aspires to be the premier partner and unrivaled provider of paper and packaging solutions in global consumer and corrugated markets. More information on the organization is available at WestRock.com.

Earlier this week, Flow Automotive announced that it will post approximately 50 positions for sales representatives and technicians.

The Dash’s 2016 season, their seventh at BB&T Ballpark, begins Thursday, April 14, against the Salem Red Sox. Single-game tickets are on sale, and fans can purchase their seats by calling (336) 714-2287 or visiting wsdash.com.

The Community Christmas Celebration is free and includes: 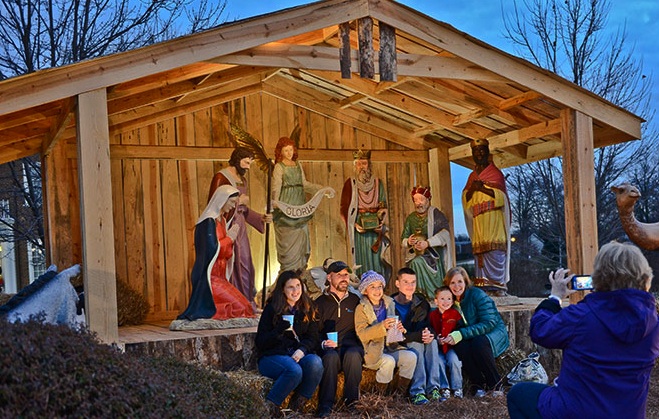 Photo & gift for the children who visit Santa 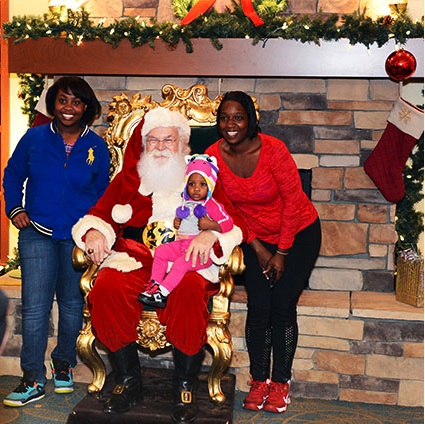 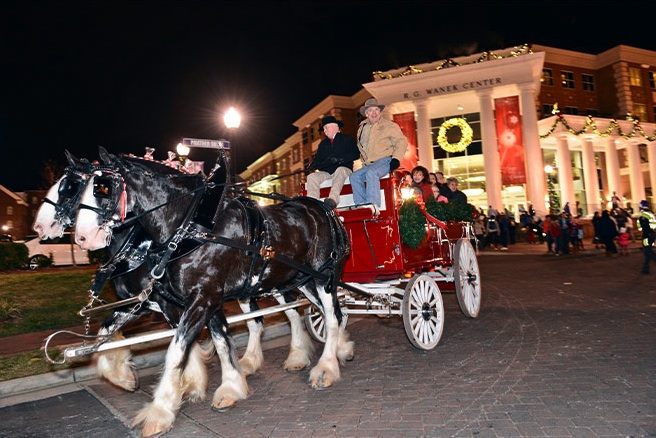 In the event of rain, the celebration will continue on campus in Slane Center, R.G. Wanek Center and the North Pole Playland will be relocated into Millis Gym.

Share your photos & tag us on social media with #HPUCommunityChristmas 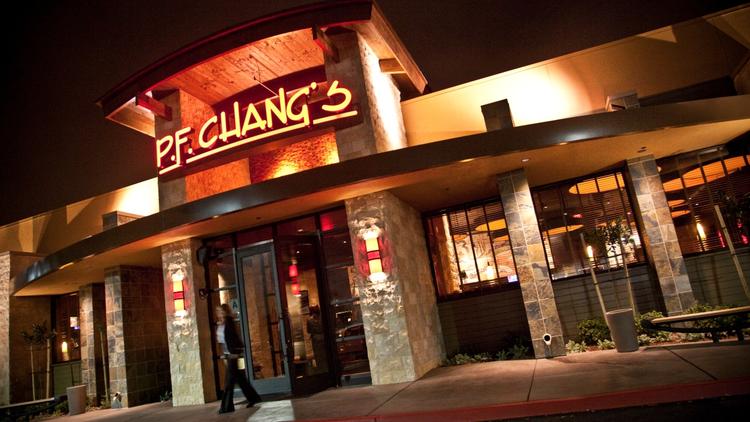 The Asian-themed eatery will be located in a building in front of the just-opened Walmart Neighborhood Market, the Winston-Salem Journal reported.

HanesTowne is being developed by Dobson-based Crown Cos. on 35 acres along South Stratford Road — the former site of a Hanesbrands plant.

The company said in an email statement that it is currently hiring and training employees for P.F. Chang’s China Bistro under construction in HanesTowne Village, off Stratford Road.

To apply for a position, go to http://jobs.pfchangs.com/. Select North Carolina at the bottom of the page, then select the Winston-Salem location. The website will have a list of jobs available, including bus-boys and runner, cook and chef, dishwasher, host/hostess and server.

P.F. Chang’s China Bistro is an upscale Asian-inspired restaurant with locations throughout the country. Its offerings include a combination of such traditional Asian classics as Mongolian Beef, Chang’s Spicy Chicken, and Chang’s Chicken Lettuce Wraps mixed with small plates, dim sum and sushi. 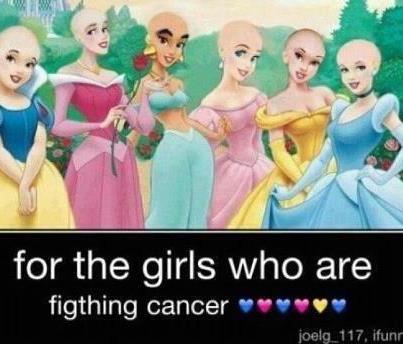 September is Pediatric Cancer awareness month.
More than a month it’s a life. 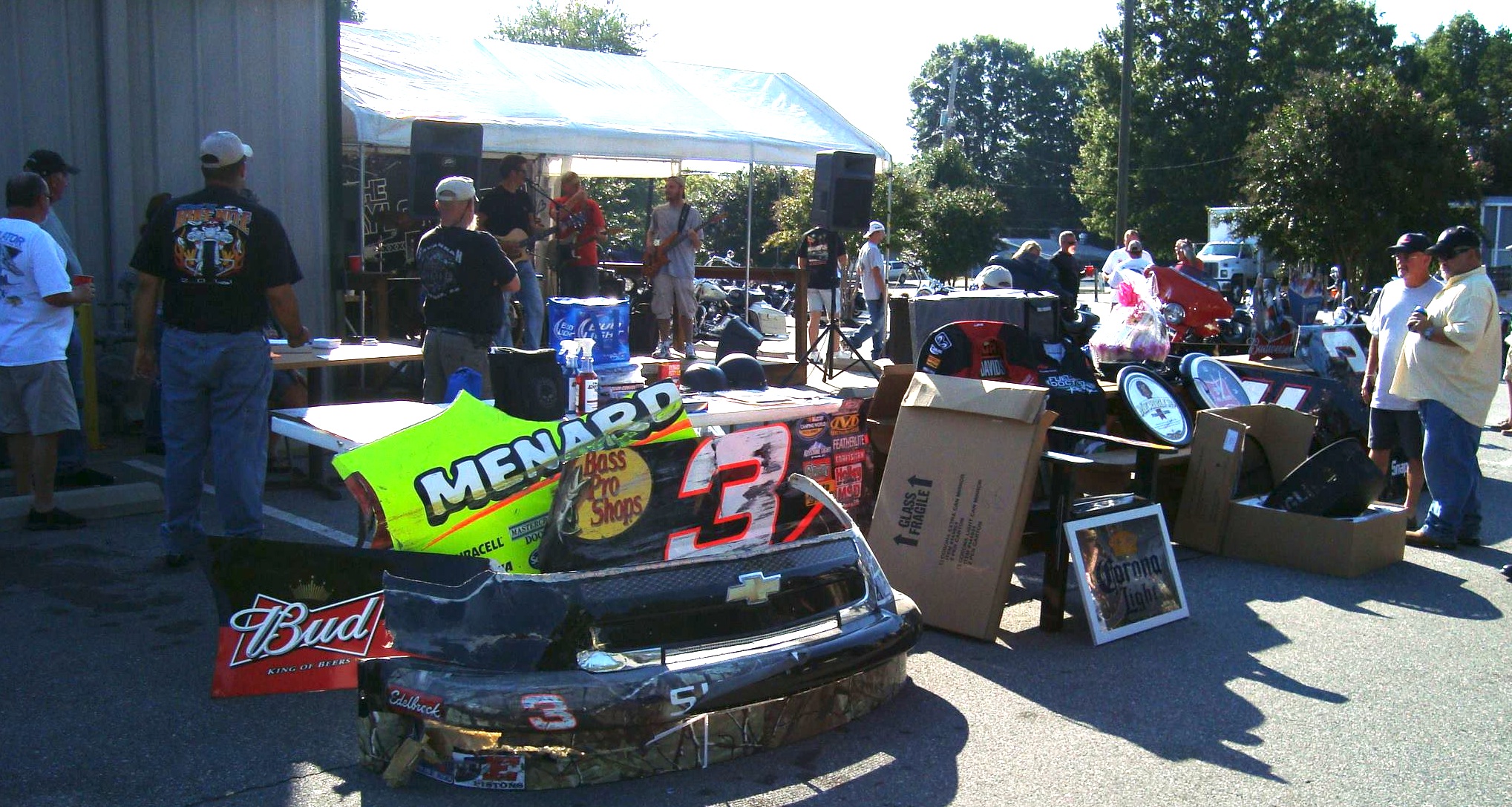 All proceeds go to EMILY’S KIDS FOUNDATION, a 501c3 dedicated to supporting North Carolina Families dealing with Pediatric Cancer. The foundation helps provide financial relief to families for unplanned daily expenses that accumulate during treatment such as parking, food, gas and other unexpected costs.
For questions/more info about the event, call Jacque (336) 650-0290 or (336) 682-9248.To find out more about Emily’s Kids, visit www.emilyskidsfoundation.org 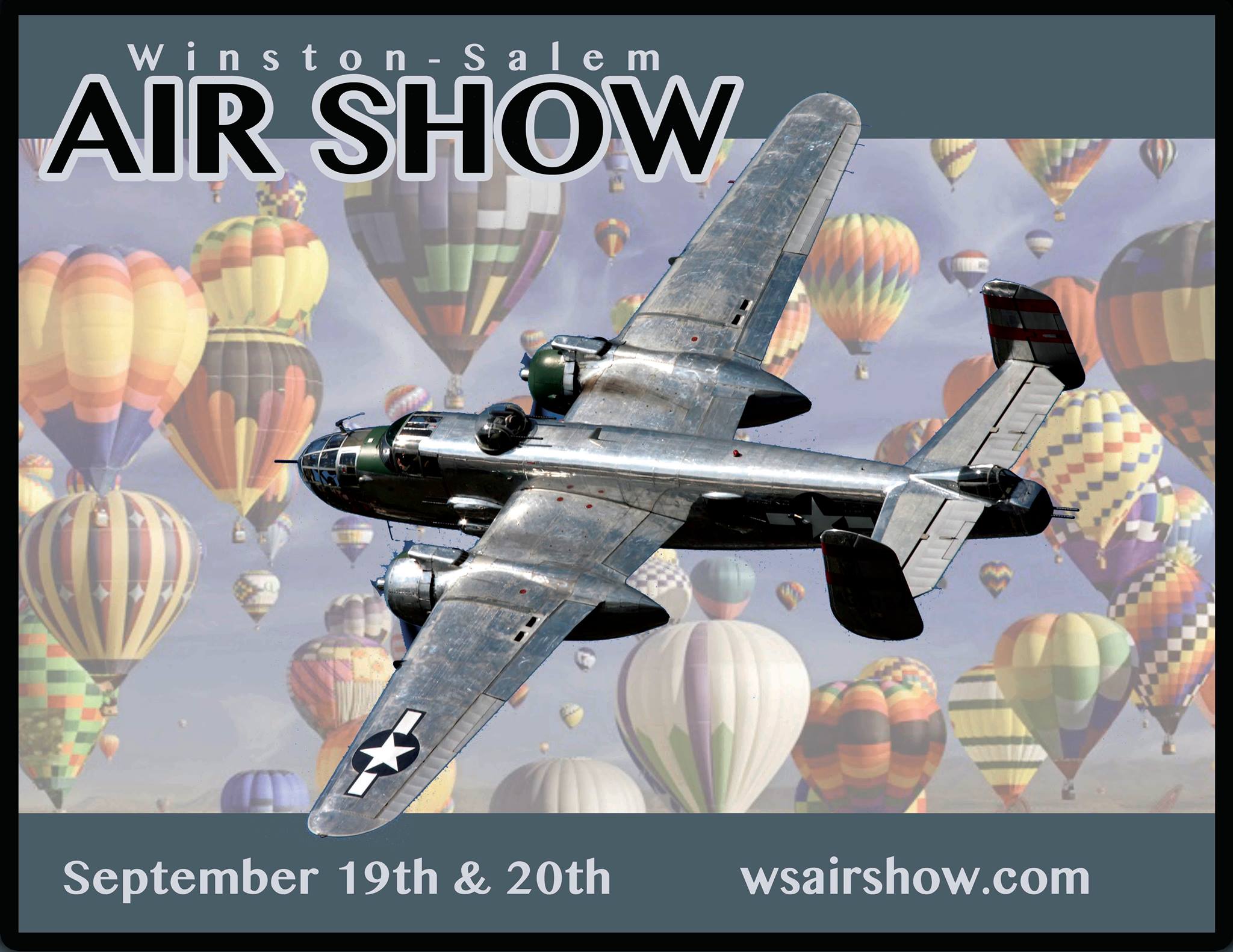 The Winston-Salem Air Show returns to Smith Reynolds Airport on September 19-20, 2015! The Air Show is the best affordable family entertainment in the Triad area of North Carolina. Save 40% with advance tickets online or at Triad area Harris Teeter store locations beginning August 26. 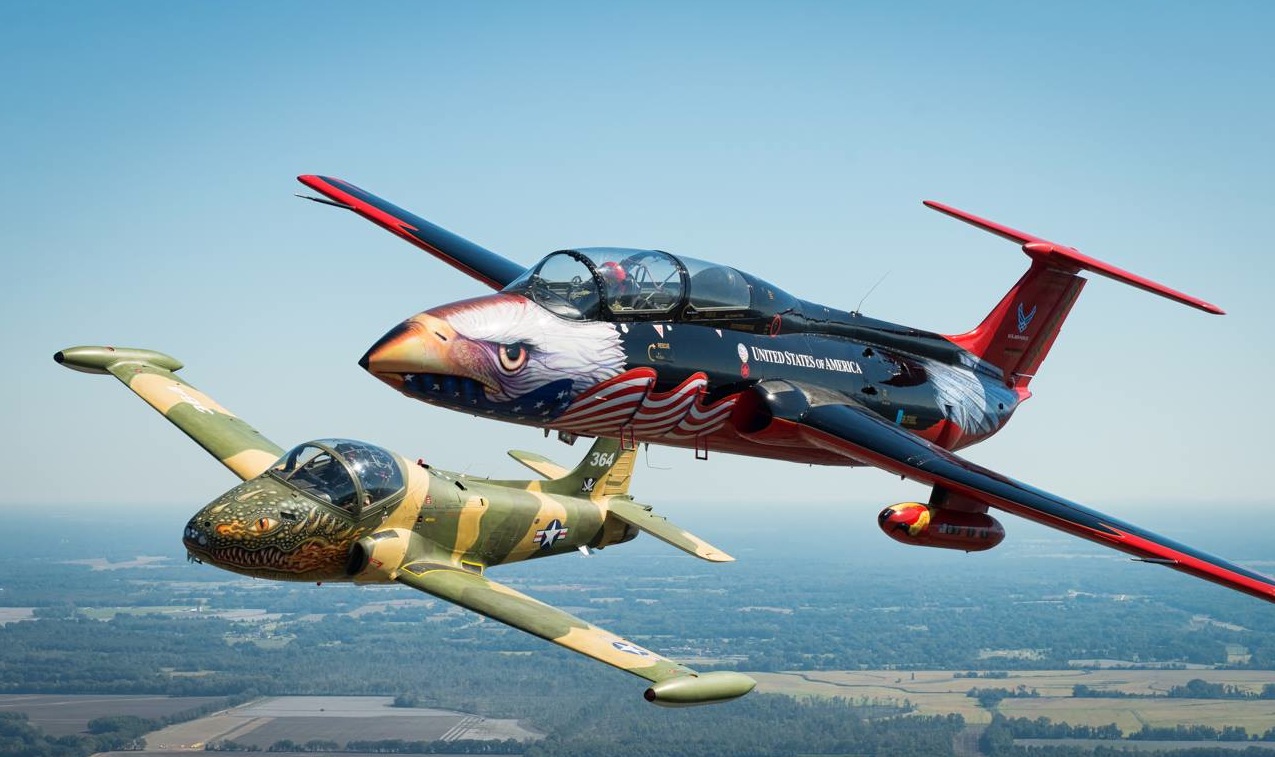 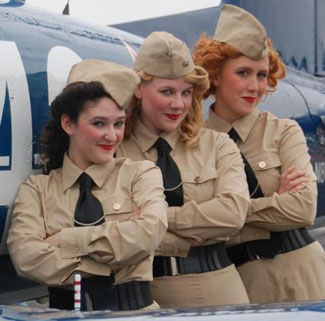 Find out more information at these Social Media Links

Invite your friends, neighbors and co workers to the Summit Movie Night sponsored by The Summit Church where we will be showing Star Wars. Use this fun evening as a way to spend time with your friends and introduce them to The Summit. Food Trucks and activities start at 6:30pm and movie starts at dusk (around 8:45pm). 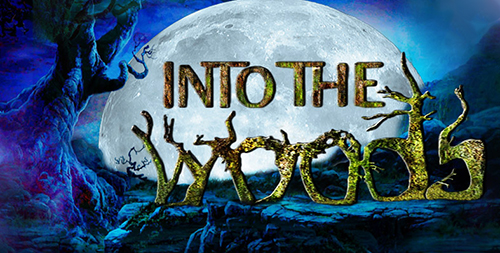 Into the Woods – Presented by The Drama Center of City Arts

The Drama Center presents Stephen Sondheim’s Into the Woods as its annual Broadway Show for Greensboro’s summer musical. The show features well known fairy tale characters in this comic yet dark musical, as well as Sondheim’s memorable and haunting tunes. The show includes 33 talented local actors of all ages, and provides an entertaining time for everyone. Shows are from July 10 – 12 and then from July 16-19. Shows on Fridays and Saturdays will be at 7 PM. 2:00 PM matinees will run on Sunday 12th , Saturday 18th and Sunday the 19th . All shows will be performed at the Weaver Academy Theatre, 300 South Spring Street in downtown Greensboro. Take advantage of our special price of $5 per person for the 7PM show on Thursday, July 16! All other performances will be $12 for students and seniors and $15 for adults. Tickets may be purchased at http://www.thedramacenter.com, or by calling the box office at 336-335-6426. The City of Greensboro works in partnership with the community to build an increased quality of life for all residents by fostering an environment where inclusion, diversity, and trust are valued. As the seventh largest employer in Greensboro, the City has a dedicated professional staff of 2,700 employees, who maintain four core values of honesty, integrity, stewardship, and respect. The City of Greensboro is governed by a council-manager form of government where a mayor and eight council members act as the legislative body. 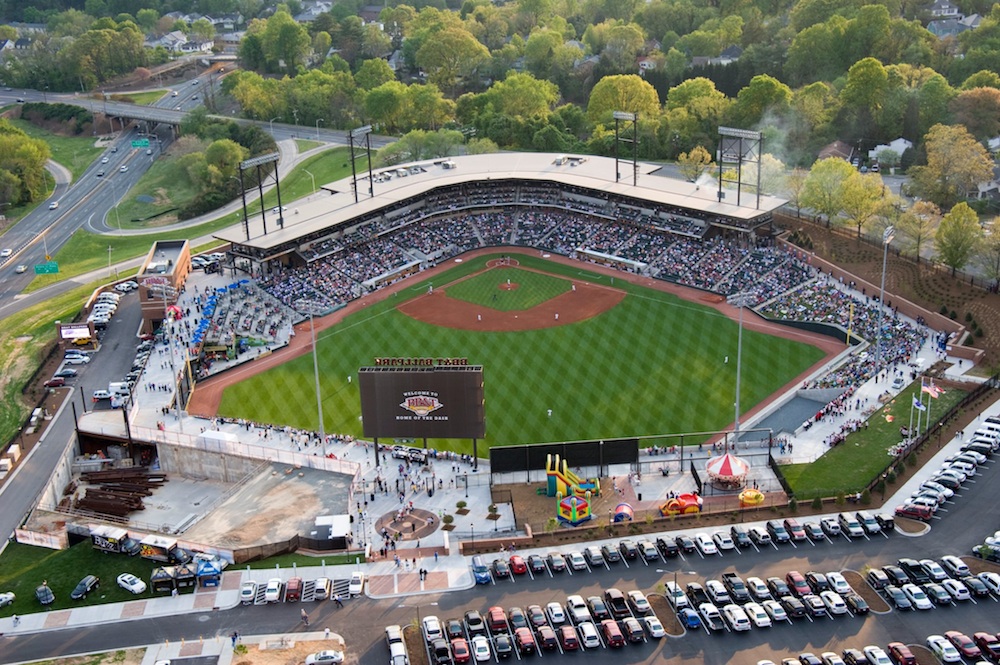 The Winston-Salem Dash play at beautiful BB&T Ballpark, and all fans in attendance will enjoy the best family-friendly entertainment in the Triad! 7:00 PM Friday Jul 10, 2015

Tickets range from $8 to $16, and you can purchase tickets at www.wsdash.com

Music for a Sunday Evening in the Park

MUSEP this Sunday, July 12, is going to be at the beautiful Guilford Courthouse National Military Park. We will kick off at 6 pm The Radicals with Lisa Dames starts at (Contemporary Country) Carolina Coalmine starts at 7:15 pm (Country, Southern Rock)
We can’t wait to see you this Sunday!

Music for a Sunday Evening in the Park Concert Series provides free concerts every sunday from June through August in local parks in Greensboro. 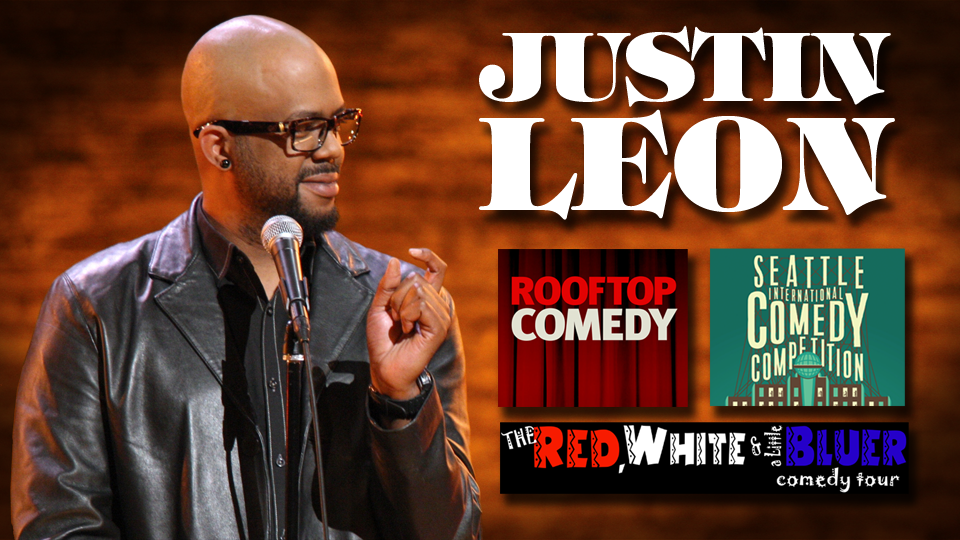 Show Details
Ticket Price: $8.00
Door Time: 7:00 PM
Show Type: Comedy
Restrictions: 16 & over
Justin Leon is a well-respected Kansas City Comic who has truly made a name for himself. Justin has spent the last 11 years traveling across the country perfecting his stand-up comedy. Justin’s comedy translates both nationally and internationally allowing him to perform in the top comedy clubs throughout the U.S. and Canada. He has been fortunate enough to recently return from the Middle East where he co-headlined the Red, White, & A Little Bluer Tour; a tour dedicated to the U.S. armed forces in Iraq and Afghanistan. Justin is a co-star in the 2012 independent film, Rhino, which is now showing at film festivals all across the United States. Most recently, Justin was a semifinalist in the prestigious Seattle International Comedy.

TICKET PRICES – $5 on Thursdays, $8 on Fridays and $10 on Saturdays. Tickets are purchased at the door, but we suggest you call 336-608-2270 for reserving a table. (Please Note that these prices are subject to change if it’s a SPECIAL EVENT.)
SPECIAL EVENTS – For Special Events, your tickets are your reservations and its first come first serve seating so be sure to get there early!
RESERVING A TABLE – Call 336-608-2270. Please state how many people are in your group. Your reserved table will be held up to 5 min before show time. After that it will be turned over to the next patrons in line. Please be on time.
DOOR TIMES & SHOW TIMES – show times are 9pm on Thursdays, 8pm & 10 pm on Friday & Saturday. Doors open @ 8:30 on Thursday. Doors open @ 7:00 on Friday and Saturday for the 8pm show. Doors open at 9:30 for the 10 pm show. 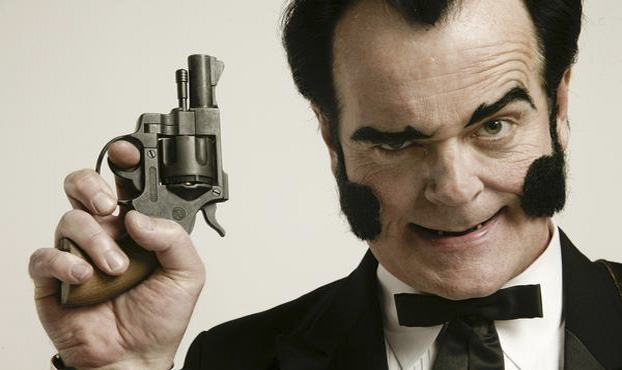 The UNtold Story of Unknown. While singing his own hilariously politically incorrect songs, Unknown Hinson plays guitar in a style incendiary enough to have Satan himself reaching for the antiperspirant. But don’t dismiss him as a novelty act. He’s one hell of a talent and has the music to prove it!

Looking somewhat like Dracula’s nasty little brother who spent some hard years drinking and working as a carnival barker for a second-rate freak show, Unknown Hinson translates that vibe to his style of country and western-tinged psychobilly. The band is now touring nationwide, wowing audiences with outrageous and campy, white-trash persona and freewheeling, sleazy tone.

Hinson’s most recent CD release, “Live and Undead”, melds weepy twang, searing guitar riffs and lyrics that speak of love-gone-bad. Recorded at a sold-out show, an enthusiastic honky tonk crowd sings along with the King on every song. Raucous, theatrical and over-the-top, Unknown Hinson isn’t just for the trailer park set anymore!

Unknown is gaining international notoriety in the 14-34 demographic as the voice of lead character “Early Cuyler” in the popular show from Cartoon Network – “Squidbillies”. The first four seasons were so well-received that an immediate green light was given to future seasons. Check website for dates and time slots.

Unknown Hinson is an international winner in the Independent Music Awards for his alternative Country track “Torture Town” from the album “Target Practice”.

Upon his first performance at Rockabilly Revival, an annual festival in Austin, Tx, Rockabilly Magazine named Unknown Hinson as their “Find of the Year” www.rockabillymagazine.com

Check out YouTube for thousands of videos from various sources featuring the King of Country Western Troubadours.www.youtube.com/unknownhinson

Live interviews with Unknown Hinson along with his music are broadcast nationally on XM Radio’s National Lampoon channel. (XM 154 along with FM radio partners). http://www.nationallampoonradio.com/ 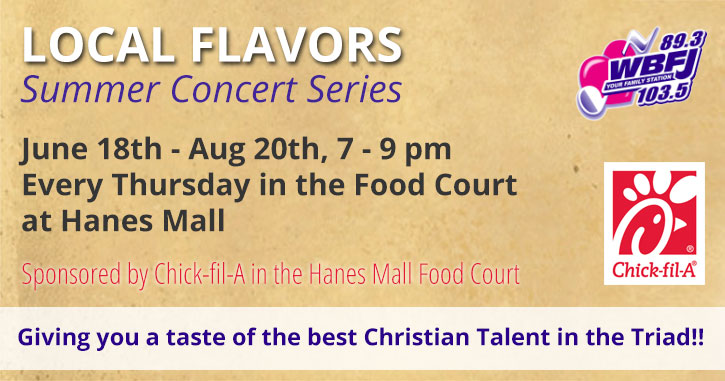